The Best Board Games for Toddlers and Preschoolers

Every night is Game Night now.

Choosing a board game to play with your toddler can be a tricky proposition. Toddlers are developing rapidly, so it’s not uncommon for them to throw tantrums over something they loved moments earlier. But the best toddler board games tend to bring people (and their moods) together in a way that other toys do not because they’re collaborative and fun. There are a few things parents can look for when choosing a toddler board game: It should be colorful (toddlers are really into primary colors), a little silly, and very simple. If a game is too complex and not completely intuitive to your toddler, there might be some crying and screaming.

“You want something very simple,” says Dr. Edward Hallowell, author of The Childhood Roots of Adult Happiness. “Simple is the name of the game.” And board games, even simple ones, are best for older toddlers and preschoolers; infants and many toddlers are still a little too young, explains Julia Luckenbill, the infant-toddler program coordinator at the Center for Child and Family Studies at UC Davis and co-author of This Is Play: Environments and Interactions That Engage Infants and Toddlers.

“Board games require the ability to follow one-part and two-part directions and regulate strong emotions,” she says, “ things many toddlers are not yet solid at doing.” Three-year-olds, says Luckenbill, “have more tools in their tool belts, at which point introducing the materials — for example, picking up acorns with Sneaky Snacky Squirrel, or working together as a team to count how many cherries fit the holes in the tree — would be an entry point” to playing games. Competing is, at this age, not where it’s at. “When they show you they have an interest in games with rules,” she says, “you can gradually introduce the idea of turn-taking and what the rules are, but most threes only last one turn and wander off.”

The Best Toddler Board Games 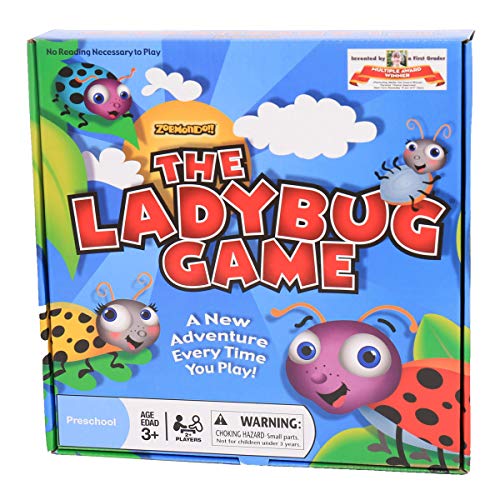 The Ladybug Toddler Board Game by Zobmondo

Children learn about colors, numbers, and symbols as they help the ladybugs find their way home. And they must do so by avoiding the unfriendly praying mantis and collecting aphids to feed the lazy ants. 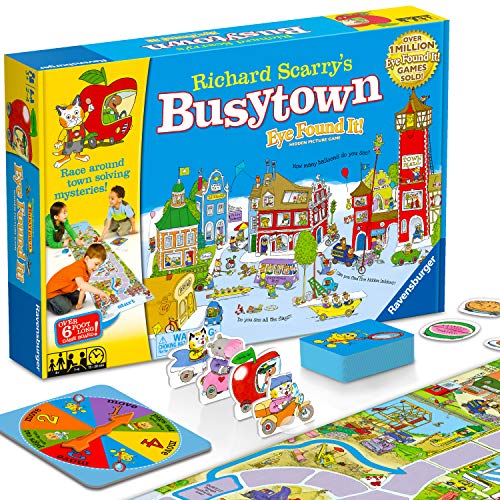 Kids join Huckle Cat and Lowly Worm to look for hidden objects while racing through Busytown. It's a great way for kids 3 and up to learn to identify specific objects, and work together to achieve a common goal. 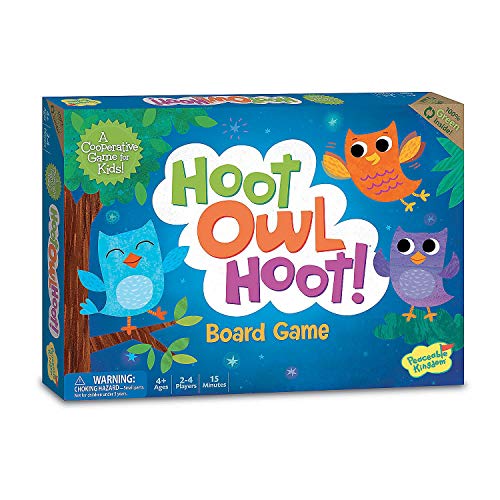 In this gorgeously colorful game, two to four players cooperate to help the owls fly back to their nest before the sun comes up. The game helps kids learn about shared decision-making, problem solving, and of course, matching skills. 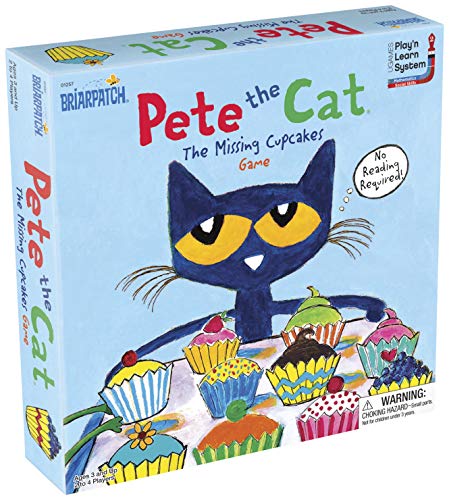 Pete the Cat the Missing Cupcakes Toddler Board Game by Briarpatch

Based on the beloved books starring the funky feline, this game has kids singing songs and identifying words and animals as they work together to get the missing cupcakes back from the wily toad. 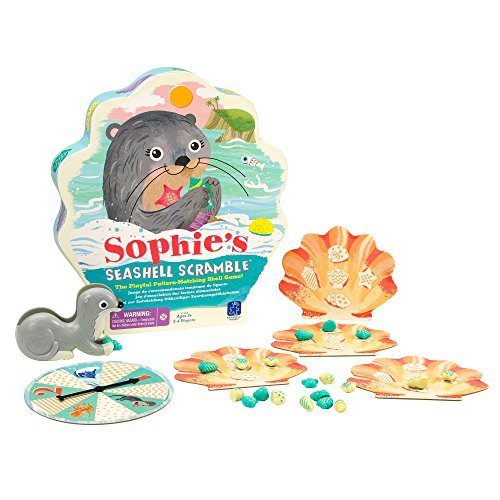 Kids match patterns to help Sophie the otter find shells to eat for dinner. They use Sophie's squeezer to get the shells, thus working on their fine motor skills, all while avoiding the machinations of Otto the octopus. 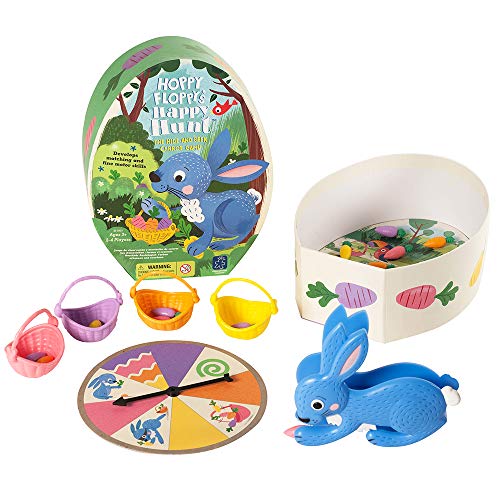 Anyone who's ever argued with a kid who tried to cut the line knows that turn-taking is a skill. This rabbit-themed game helps kids practice it, along with hand-eye coordination. Up to four players get a basket, and the object is to fill it up with carrots, which kids can pick up with the included rabbit squeezer. A spinner determines how many they can pick up or if, disastrously, they'll have to dump their basket back into the field. 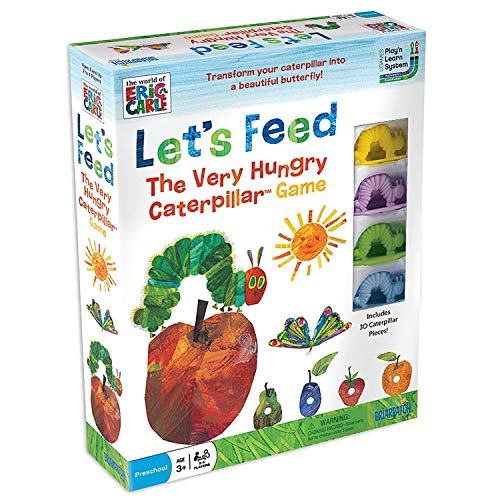 Even if they're not familiar with the classic book — though they really should be! — Let's Feed The Very Hungry Caterpillar is a fantastic game that incorporates counting, collecting, and building. To play, kids move 3D caterpillars around the board, from fruit to fruit. The first to collect five pieces metamorphizes into a beautiful butterfly and wins the game. But it's the artwork, borrowed from Carle's iconic work, that make this game truly engaging. 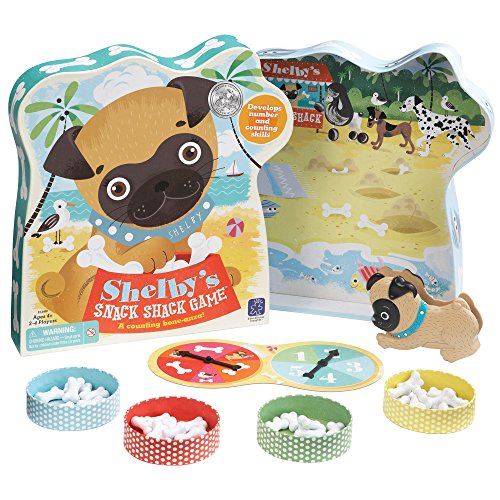 This dog-themed game teaches toddlers counting and the fickle nature of chance. The object of the game is to get the most bones. Kids spin two wheels — one to decide if they'll collect, lose, or steal bones and the other to decide how many — to play. They pick up bones and put them in their bowl with a Shelby Squeezer, essentially a dog-shaped clip. 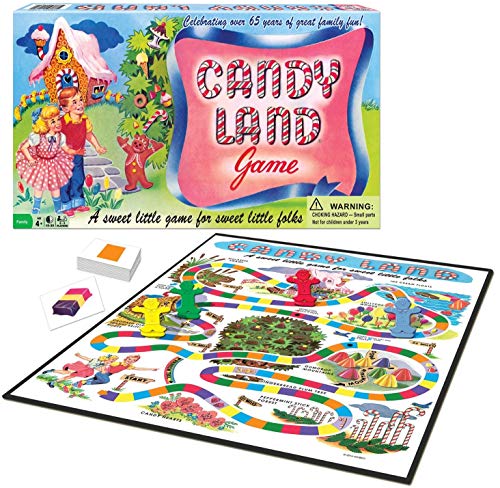 This classic board game is mostly a game of luck, but the whimsical characters and easy-to-follow concepts — kids only need to know colors, not numbers or counting, to move their own pieces — has made it a favorite for generations of toddlers. 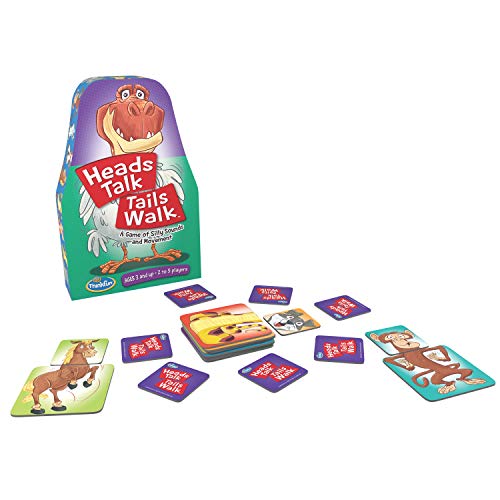 Players try to match hidden head tiles to the correct body tiles. If the head and body don’t match, players walk and talk like the mismatched tiles. Everyone will enjoy watching kids bark like a dog while walking like a cat. The player with the most matched cards wins. Hilarity for all ages. 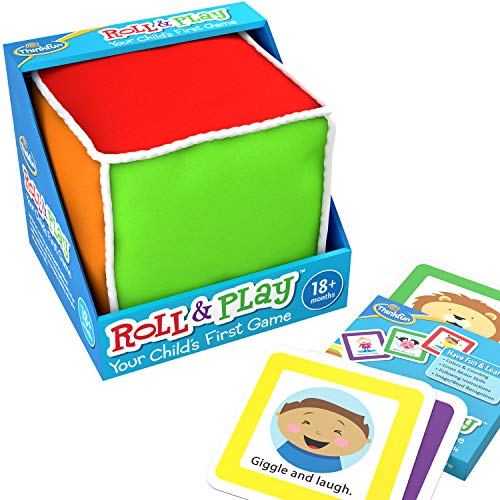 They're called toddlers because they're learning to walk at this age. After walking comes dancing, and this game is a great way to inspire toddlers to move and laugh and run. To play the game, simply toss the included plush cube to get a color and choose a card with a matching color. Each of the 48 cards has a different direction on it, and there's no wrong way to do them. Kids get to use their imagination, improve their balance and coordination, and have fun while they're at it. Kids as young as 18 months and as old as 5 will love this one. 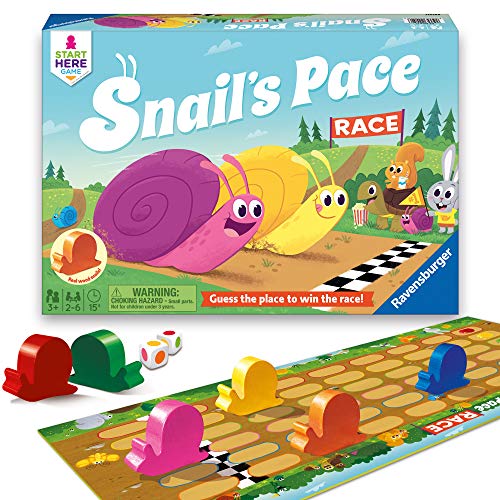 This game has players moving six snails along the board, following their color path. The game isn't competitive, so there won't be any board-game bloodshed. In fact, every player follows their snail's path, until they reach the end of the board. Kids learn to take turns, and work at their own pace. 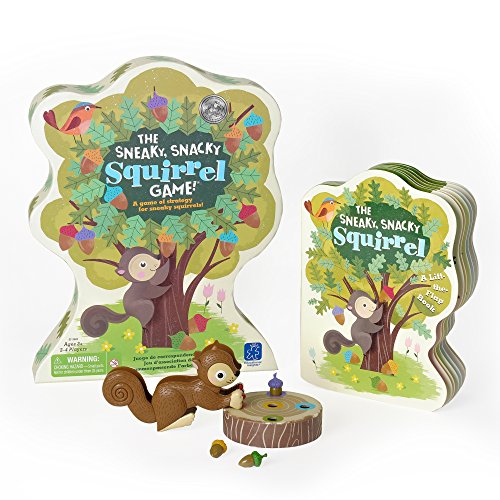 The Sneaky, Snacky Squirrel Toddler Board Game by Educational Insights

This is one of the best-selling preschool games for toddlers. Kids learn about colors as they help squirrels find their acorns, as well as matching skills and taking turns. Players spin the spinner and scoop up matching acorns with a special squeezer; the first player to collect five acorns is the winner.

Board Games Commerce Toddler toys for toddlers
ADVERTISEMENT
ADVERTISEMENT
More From Gear
Home The Best Home Office Chairs and Standing Desks From Wayfair's Big Annual Sale
Baby The Best Diaper Subscription Services for Keeping Up With Your Little Poop Machine
Baby The Best Contraction Timers and How to Use Them
Tech The New Apple Watch Series 6 and SE Are the Perfect Family Smartwatch
Home This Shower Wine-Glass Holder and Speaker Is Decadence, 2020-Style
Gear The Best Hand Sanitizers for Kids