Along with Jimmy Fallon and Keri Russell, Jon Hamm did some MadLibs recently. And the results are hilarious.

Jimmy Fallon‘s Tonight Show has devolved to the point where it’s basically just the host playing party games with celebrities. How funny it depends on how funny the celebrities are, and last night Jon Hamm and Keri Russell proved themselves more than up to the comedic challenge.

The pair joined Fallon for a game of “Mad Lib Theater,” which is exactly what it sounds like. The bulk of the clip was spent with Fallon collecting words from the pair at his desk to be utilized in a sketch. (You can watch this all above.)

This part was pretty funny itself, particularly when Hamm said his wish as a kid was to be in Star Wars when he grew up before throwing an A+ side-eye at Russell, there to promote The Rise of Skywalker. Though, to be fair, Jon Hamm did play the voice of Boba Fett in a Star Wars audiobook called From a Certain Point of View, which was published in 2017. So, technically, he has been in Star Wars. And, if you think about it, he is kind of, the incumbent Boba Fett. If you don’t believe us, check out the audiobook right here. 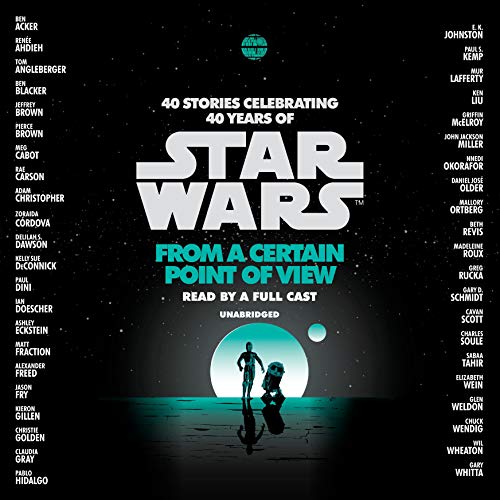 From a Certain Point of View (Star Wars)

Jon Hamm plays Boba Fett in this. For reals.

ANYWAY. After a break to throw on some costumes and give the production assistants time to write the chosen words on cue cards, the three traipsed on over to an airplane set. They played a trio of flight attendants making preflight announcements. Russell turned in a characteristically solid performance, and Fallon, as is his custom, cracked up throughout.

But it was Jon Hamm who made the sketch with his exaggerated southern accent—the way he says “my vag” alone is worth the price of admission. Considering Hamm’s upcoming role on the tenth season of Curb Your Enthusiasm, it’s unsurprising that his comedic and improvisational chops are particularly well-honed.

ADVERTISEMENT
ADVERTISEMENT
More From News
News Pope Tells Parents of LGBT Kids “God Loves Your Children As They Are”
News Viral TikTok Trend Encourages Kids To Tell Their Parents to "Shut Up"
News Listen to Raffi's New Song "Black Lives Matter To Me" Right Here
News Let's Pretend Trump Is Right And the CDC Is Wrong. We Still Won't Have a Vaccine Until Next Year
News Bonkers Blue Moon Will Illuminate Halloween Night for Trick-or-Treaters
News SNL's New Joe Biden Is the Perfect Choice